So it turned out we all survived the night and slowly one by one left the creepy municipal at Vilaserío. The Magician woke in an epic-ally bad mood. He had a very serious case of man- flu, fueled by a need for space to himself. He set off from the municipal alone, leaving me to slowly catch up with him. Eventually I caught up with him down the road. Our group had agreed to meet further up and get breakfast together as a group, before heading on, towards the direction of Muxia.

We eventually got to Santa Maria, only having walked for 9k and the Magician was feeling worse and worse. It was clear very quickly we couldn’t keep going for the day and we either had the choice to stay or get a bus or taxi (if we were to go further). The rest of the group caught up with us and I was left with the horrible realisation that we were going to say goodbye to my Brother for real this time. The rest of the group would keep walking and the Magician and I would stay. We hugged together and I struggled not to cry, feeling the heaviness from saying goodbye. My Brother, other than the Magician, was the person I’d become closest too through my entire Camino. I knew once I said goodbye that it would be a long time before I would get to see him again.

The owners of the albergue were very kind, and although it was an unusual request, they left us locked up in their place. Whilst the Magician slept, I curled up next to him watching movies. I felt frustration from our group slowly breaking up and not ending the Camino as I wanted. Due to our time frames, there was now no way we could make it to both Muxia and Fisterra walking. We would have to make a choice between the two. The day passed slowly melted away, till I was left staring into the ceiling lost in my thoughts of lost expectations. 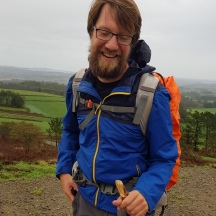 The Magician and I set out early together, from having looked heavily at maps we knew the easiest location meant we needed to try and walk 30k this day. However the Magician still wasn’t 100%, he’d only really just started eating solid food again. We set out not knowing if we’d walk into Fisterra or onto Muxia. Walking through the beautiful flat greenery in drizzling rain we eventually walked 14k to the post where we had to decide our direction. We must have stood there for 5mins debating which way to go. Wanting to know if one was right or wrong. Then I saw on the post, it had a sign for my mum’s name in the direction of Fisterra. So we walked on, to the light at the end of the world.

The rest of the day continued in flat scenic greenery, crossing the occasional tarmac road. The drizzling rain reminded me of the early days the Magician and I walked together. This was the first time in a very long time that we walked alone for the entire day. It felt wonderfully magical, I felt so greedy enjoying having the Magician all to myself. In the early afternoon we started seeing the sea (and Cee) in the distance. It started to feel strange and final now. Tomorrow we would have walked over 1,000 miles, achieving my goal I set out to do, and we would reach Finsterra (the light at the end of the world). 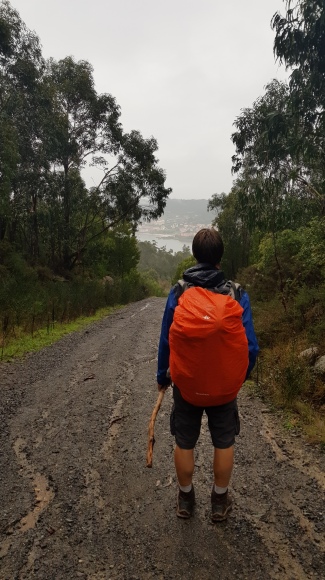 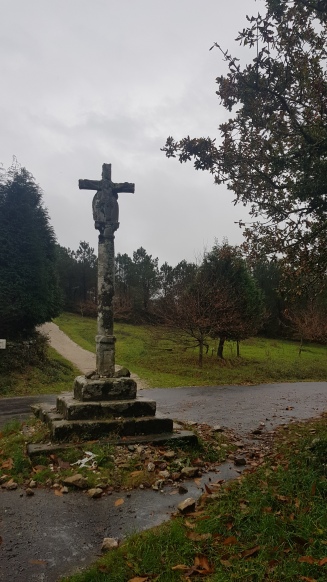 We eventually walked into the town, finding a small albergue to stay in for the night. In the evening we met a weird person I’d seen on the first night in Roncesvalles (at the beginning of our Camino Frances). It was one of those magical moments where we realised our prejudices were completely misplaced. He was sweet, gentle and very kind. We ate a simple dinner together with him and another French guy (who’d also quit his job to walk the Camino and travel). Its funny how many quitters you meet on the Camino. People who quit what is expected, and challenge themselves to do what could be seen as a simple physical challenge, but what in fact becomes a mental endurance test. Settling down for the night I felt a strange sense of peace begin to pass over me. I was ready to say goodbye to my journey on the Camino.