The Magician and I woke up early to do yoga together in the morning, But this has to have been the weirdest yoga I’ve ever done. It basically started with 20 minutes of dancing in a giant circle and we were meant to become ‘lost in the music’. I felt like an epic hippy doing this in the cold large room with Indian music playing in the back ground. 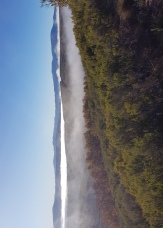 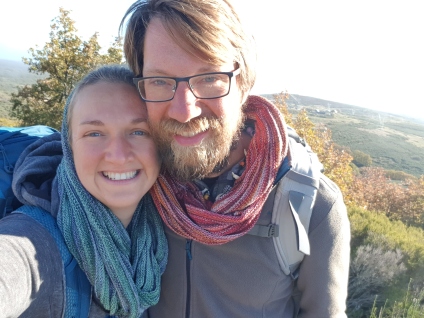 After this we set off to the Cruz de Ferro, which is an iron cross on the top of Mounte Irago. People are meant to bring rocks from home to place here. And when its placed there its meant to symbolise leaving a burden here. Originally, it was meant to help sway the balance of deeds in favour of good on judgement day. The original cross here was moved to the Camino museum in 1976. The origins of the original cross isn’t known though. I was hoping to have a very spiritual moment here, as I’d carried a rock my entire Camino to here. To be honest though, it’s a giant rubbish heap. Its very difficult to connect with the history here whilst stood in broken alcohol bottles, next to a giant car park. As the Magician and I got ready to leave, we met a German man who looks like the spitting image of Steve Buscemi, or as I like to know him… Mr Pink!

Mr Pink was only walking for a couple of weeks on the Camino. He was one of these lucky men, where his wife offered to look after their children whilst he walked for 2 weeks on the Camino to think through some challenges he wanted to resolve. He was amazingly open about what he was trying to face. He didn’t shy from what he was thinking, or being open about where he’d made mistakes in his life. One of the hardest things to do is to be honest with yourself. And here he showed it in spades. The natural result of this? Well, he was able to get answers to what he wanted. This is what the Camino bring to some people. It’s a main reason that a lot of people walk on it, but I think what can hold people back is that ability to be honest about your own failings. 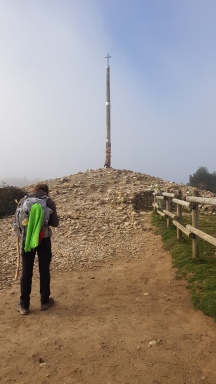 The walk was mainly downhill for the entire day after the cross. More and more of the hills were covered in lush green foliage. You could see we were almost entering Galicia. This region is well known as the most beautiful part of the Camino Frances. During one of the sections the Magician and Mr Pink stopped for one of their frequent toilet breaks. Here they were bumped into by the woman I’d instantly taken a disliking previously. And for the next hour she did nothing but highlight how ‘Disgusting they were for peeing openly on the path and not hiding behind one of the none existent trees on the hill side’. This really got on my nerves to be honest. It was a complete over reaction, to something pretty common on the Camino with men. They checked to see no one was there, but she just popped out unexpectedly. This was probably also because it was her talking though if I’m honest about it. My irritation was only increased when later on she found out Mr Pink was a consultant. She was a medical student, and the minute she found out this fact she was sucking up to him like he was her Santa on Christmas Eve. All of a sudden her walking in to see him peeing forgotten. 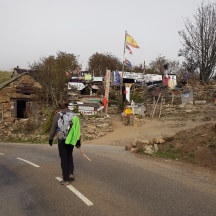 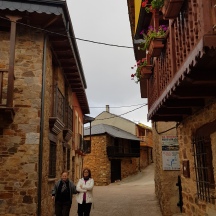 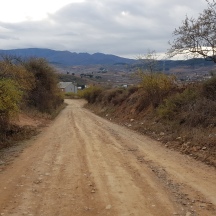 During the afternoon we started to walk slowly separately, and I reached Ponferrerada ahead of everyone else. Our little group decided to stay in an Albergue run by another community group here. The evening here closed with us having a couple of beers outside the beautiful old Castle. Followed by a hearty vegetarian home cooked meal at the Albergue. The Magician completely beat me at checkers, proving I’m still a very bad loser. After we went to bed, the group running the Albergue was laughing and joking late into the night. We unfortunately could hear every word of this. Which as a bad sleeper, really wasn’t great for me or the Magician.